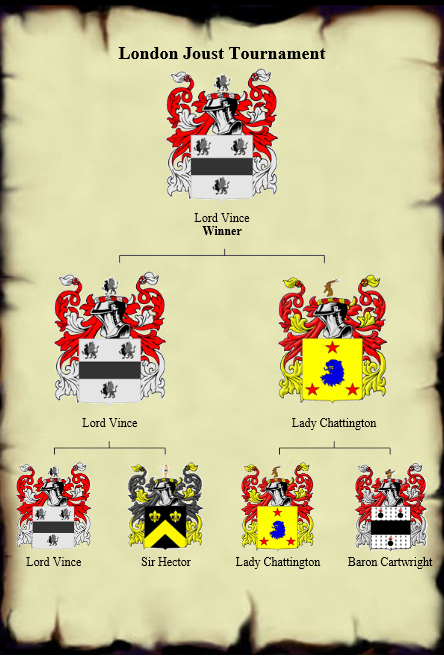 Well, our first tournament was dissapointing. I have had people ask for new stuff to keep the game interesting. But it seems that a tournament is not good enough.

However, only 2 players to the tournament both battling for 5 item bless deeds apiece.

Capri opted for the bow, Primax for the sword. Both prepared, the wall came down and the match was on. Capri opted to use hiding and stealth while maneuvering round to attack Primax from the rear.

Primax soon found himself overweight and thought Capri had hit him with a weakness spell. Using his harp to peacemake Capri, and not being able to move, he switched to bow.

Primax was in his element, using all the skills he had including chivalry, magic and spellweaving he was able to keep Capri at bay and went on to take the win.

Well done to Capri who put up a good and won 1 item bless deed and to Primax who recieved all 5 to bless all legendary items.

Lets hope we all join in next time.